Profits for asset management companies set to fall by a third

Profits for asset management companies are set to fall by a third over the next three years, with analysts highlighting the rise of passive investing and volatile markets as the biggest threats to active managers. Between 30 and 35 per cent of the profits earned by investment managers globally could be “wiped out” by 2018, unless more radical steps are taken to cut costs, according to new research given exclusively to FTfm by McKinsey.

The consultancy warned that earnings have already begun to decline, after net flows to the European industry in the first quarter of 2016 fell to their lowest level since the “disaster” year of 2008.

Europe’s asset managers suffered €16bn of outflows from clients in the first three months of the year, on the back of increased volatility in emerging markets and low oil prices. This marked a significant drop on the €216bn of net inflows recorded during 2015.

“The tide has turned. 2016 will be a very challenging year. Profits have already declined 10 per cent in the first quarter [compared with the final three months of 2015],” said Philipp Koch, head of McKinsey’s European asset management practice.

Although investment managers globally registered a third successive year of record earnings in 2015, with annual profits across the industry rising 5 per cent to €60bn, operating costs for asset managers have also jumped 50 per cent since 2007.

“A lot of players simply hope to preserve what they have for as long as possible. But it is a different environment that they are now operating in,” said Mr Koch.

Other analysts agree that investment industry profits are likely to fall, but to a lesser degree. Earlier this year Morgan Stanley, the US bank, predicted a 5-10 per cent profit drop for listed asset managers in a worst-case scenario.

Manuel Arrive, senior director at Fitch, the rating agency, said Europe’s fund industry was “ripe for faster change”, with active managers, in particular, under pressure to combat the shift by investors towards low-cost passive funds.

Assets in passive mutual funds, which provide lower-cost exposure to markets by tracking an index, have grown four times faster than traditional active products since 2007, according to figures published in FTfm last week.

Weaker returns from capital markets, subdued investor inflows and new regulatory pressures are also expected to hurt profitability for both active and passive managers, prompting job losses and pay freezes across the industry.

Justin Bates, an analyst at Liberum, a London-based brokerage, said that a prediction of a 30 per cent fall in profits was “too extreme”. But he also said he was “strongly convinced” that more mergers and acquisitions were likely and that job losses would be a “natural consequence” of consolidation.

Some asset managers, including BlackRock, the world’s largest fund company, Waddell & Reed, the Kansas-based manager, and Allianz Global Investors, the European fund house, have already announced plans to cut staff, prompting concerns that others will follow.

Amin Rajan, chief executive of Create Research, the asset management consultancy, said: “Job losses have been occurring in back offices. If markets take a sudden plunge, then the cutting may spread to middle and front offices. Pension consultants [will] watch staff turnover with hawkish eyes.”

One of the biggest concerns for the US industry — the world’s largest asset management market — are new rules put forward by President Obama’s administration. The rules are aimed at improving the quality of investment advice for pension savers.

Last week nine US trade associations, including the Securities Industry and Financial Markets Association, which represents asset managers, banks and broker-dealers, sued the Department of Labor over the rule change, which they described as “unworkable”.

Brennan Hawken, an analyst at UBS, the Swiss bank, said the proposed rule could trigger “drastic changes” across the industry and prove particularly damaging for active managers with poorly performing funds.

“We believe the [proposed] rule could result in a period of accelerated share gains for passive strategies,” he added.

Julie Patterson, a director at KPMG, the financial services provider, said investment managers were facing “a real challenge” and needed to demonstrate clearly that their products were sold appropriately.

She added that asset managers would “lose out” to competitors such as banks unless they reviewed how products were built, and made significant investments in technologies, such as robo-advice. 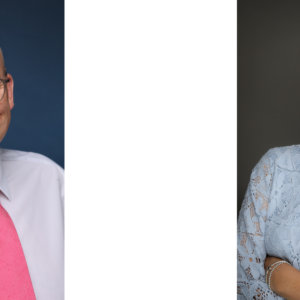 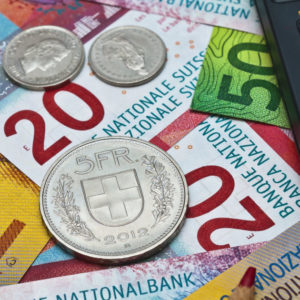